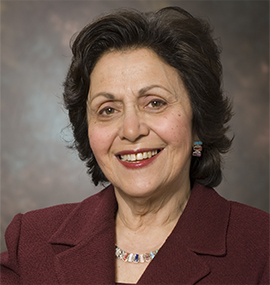 Sally E. Shaywitz, M.D. is the Audrey G. Ratner Professor in Learning Development at Yale University and Co-Founder and Co-Director of the Yale Center for Dyslexia & Creativity.

As a physician-scientist Dr. Shaywitz both carries out the cutting-edge research to advance the science of dyslexia while also devoting herself to caring for children and adults who are dyslexic; her studies provide the basic framework and details for the 21st century scientific understanding of dyslexia.

Dr. Shaywitz’ ongoing neurobiological and longitudinal epidemiological studies track a population-based cohort from kindergarten entry to mature adulthood and have provided contemporary knowledge of the prevalence, gender composition, universality and precursors, persistence and long-term outcome of dyslexia. Dyslexia is highly prevalent, affecting one in five and represents over 80% of all learning disabilities. Dr Shaywitz’ more recent studies have provided the long-sought empiric evidence for the unexpected nature of dyslexia. Dr. Shaywitz is currently studying reading and dyslexia in a disadvantaged population attending a charter school system and in disadvantaged students attending a public charter school specialized for dyslexia. In a recent paper published in the November, 2015 issue of Journal of Pediatrics she found that the “Achievement Gap in Reading is Present as Early as First Grade and Persists Through Adolescence.” Another recent study focuses on the development of vocabulary in dyslexic children and still another examines the economic consequences of dyslexia in adults. She has developed a new instrument, the Shaywitz DyslexiaScreenTM (SDS, Pearson) for use by teachers to efficiently and reliably screen kindergarteners and first graders for dyslexia, which was released October 2016. A study in progress examines the relationship between measures of adult literacy and the reading of those same adults as children. Additional studies in progress use fMRI to investigate the effects of a pharmacological agent, atomoxetine, on reading and attentional mechanisms in dyslexia.

Dr. Shaywitz is the author of over 250 scientific articles and chapters, as well as the award-winning book, Overcoming Dyslexia (Alfred Knopf, 2003, Vintage, 2005), which details fundamental scientific findings on dyslexia and how to translate this scientific knowledge into policy and clinical practice. The book has been translated into numerous languages including Brazilian Portuguese, Dutch, Japanese, Korean and Mandarin, and is the recipient of the Margo Marek Book Award and the NAMI Book Award. In addition to critical acclaim, Overcoming Dyslexia has been the top selling trade book on dyslexia since its publication.

Dr. Shaywitz is an elected member of the National Academy of Medicine within the National Academies. She is annually selected as one of the Best Doctors in America. Her awards include, among others, an honorary Doctor of Science degree from Williams College; the Townsend Harris Medal of the City College of New York; the Distinguished Alumnus Award of the Albert Einstein College of Medicine, the Achievement Award in Women’s Health from the Society for the Advancement of Women’s Health Research, and the American Academy of Child and Adolescent Psychiatry’s Sidney Berman Award.

Dr. Shaywitz has served on the Congressionally-mandated National Reading Panel and the Committee to Prevent Reading Difficulties in Young Children of the National Research Council and, by Presidential appointment (President George W. Bush and President Barack Obama) on the National Board of the Institute for Education Sciences of the U.S. Department of Education. She has also spoken at the World Economic Forum in Davos, Switzerland.

Dr. Shaywitz testified in May 2016 before the U.S. Senate Committee on Health, Education, Labor and Pensions (HELP) on the topic of “Dyslexia: An Explanation and Potential Solution to the Reading Crisis in Education” and in September 2014 before the U.S. House Committee on Science, Space and Technology on the “Science of Dyslexia.” She presented at a Congressional briefing sponsored by the American Association for the Advancement of Science (AAAS) in September 2015 and to U.S. Senate field hearings in October 2015. In her testimonies, Dr. Shaywitz points out that while we are always seeking new knowledge, in the case of dyslexia, we have sufficient knowledge to do more. Rather than a knowledge gap, in dyslexia there is an action gap. We must take action to implement the deep knowledge we have of dyslexia and ensure that this knowledge is translated into policy and practice.

She also co-chaired the National Research Council Committee on Gender Differences in the Careers of Science, Engineering and Mathematics Faculty; served on the WISC V advisory panel; is a Trustee of the Park Century School and serves on the Advisory Board of the Kortschak Center of USC, the Laurel School and the Westmark School. She currently serves on the New Haven Blue Ribbon Reading Commission, on the Advisory Board of the Adult Literacy X Prize, Chicago Public Library Early Learning Advisory Group, on the Dyslexia Guidelines Work Group of the California Department of Education and on the Board of the Louisiana Key Academy Dyslexia Resource Center. She has served on the Advisory Council of the National Institute of Neurological Diseases and Stroke (NINDS), the National Research Council Committee on Women in Science and Engineering and as Chair, Steering Committee for AXXS Workshop; Committee on Women in Science and Engineering Policy and Global Affairs Division, National Research Council; and the Scientific Advisory Board of the March of Dimes. 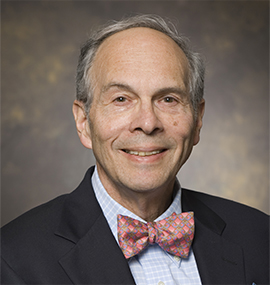 Bennett A. Shaywitz, M.D. is the Charles and Helen Schwab Professor in Dyslexia and Learning Development at Yale University and Co-Founder and Co-Director of the Yale Center for Dyslexia & Creativity. As a physician-scientist Dr. Shaywitz performs cutting-edge neuroscience research to advance the neuroscience of dyslexia and cares for children and adults who are dyslexic.

Both a child neurologist and neuroscientist, Dr. Shaywitz is dedicated to ensuring that scientific progress in dyslexia is translated into policy and practice. His research applies functional magnetic resonance imaging (fMRI) to understand the neurobiology of reading and dyslexia in children and adults. These studies have been critical in identifying a neural signature for dyslexia, making a previously hidden disability visible, and for the first time demonstrating the brain basis for the lack of fluency in dyslexia. Recent research by Dr. Shaywitz examines differences in brain connectivity between dyslexic and typical reading children, revealing that in dyslexia brain connectivity is disrupted to the word-form area, an area critical to reading fluency, and that connectivity is disrupted between reading and attention systems. A recent paper published in the November 2015 issue of Journal of Pediatrics found that the “Achievement Gap in Reading is Present as Early as First Grade and Persists Through Adolescence.” Another recent study focuses on the development of vocabulary in dyslexic children and still another examines the economic and personal impact of dyslexia on adults. A study in progress examines the relationship between measures of adult literacy and the reading of those same adults as children. Additional studies in progress use fMRI to investigate the effects of a pharmacological agent, atomoxetine, on reading and attentional mechanisms in dyslexia.

The author of over 300 scientific papers, Dr. Shaywitz’ honors include election to membership in the National Academy of Medicine within the National Academies and recipient of the Distinguished Alumnus Award from Washington University. By invitation he has spoken at the World Economic Forum in Davos, Switzerland and here, in the U.S., at the Congressional Wives Club, the U.S. Senate Field Hearings (October 2015), as well as before many policy and educational forums. Dr. Shaywitz was selected, along with Dr. Sally Shaywitz, as recipient of the Lawrence G. Crowley Distinguished Lectureship at Stanford University; The Annie Glenn Award at Ohio State University; the Distinguished Lectureship at Bank Street College of Education; and the Stoll Distinguished Lecture at Pennsylvania State University. Dr. Shaywitz currently serves on the Advisory Board of the Adult Literacy X Prize, on the Boards of the Park Century School and the Westmark School, and on the Board of the Louisiana Key Academy Dyslexia Resource Center. He previously served on the Institute of Medicine Immunization Safety Review Committee, on the National Vaccine Program Safety Subcommittee and on the Scientific Advisory Board of the March of Dimes. Dr. Shaywitz has been selected annually for Best Doctors in America and America’s Top Doctors. Dr. Shaywitz has served for much of his career as Chief of Child Neurology at Yale School of Medicine, stepping down in 2015 to focus his energies on increasing public awareness and understanding of dyslexia and ensuring that 21st Century knowledge of the science of dyslexia is used to inform the education and approach to children and adults who are dyslexic.

Listen to an audio version of this page

Note: In each email you receive, there will be a link to unsubscribe or change areas of interest. Your privacy is important to us - please read our Email Privacy Policy.
Scroll to Top